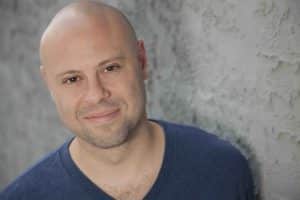 Massachusetts native Jon Fisch has appeared on the Late Show with Stephen Colbert and the Late Show with David Letterman. A prolific monologist with universal appeal, Jon focuses on the idiosyncrasies of city living. Shortly after moving to NYC from his native Boston, he was chosen as one of Comedy Central’s Fresh Faces of Comedy and named one of Back Stage Magazine’s 10 Standout Stand-ups.

His appearance on Last Comic Standing 4 – where he was the New York City Capital One Audience Favorite – earned him wide recognition and a new legion of fans. His other TV appearances include Comedy Central’s Premium Blend, VH1, Celebrity Apprentice, and 3 Men and a Chick Flick on the WE Network where he served as a host. 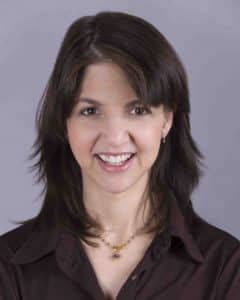 A mother of two boys, Karen Bergreen does stand-up in order to get out of the house. She has appeared on Comedy Central, The Oxygen Network, Nick Mom, The View and The Joy Behar Show. While the kids aren’t looking, Karen is a novelist. Her 2010 comic novel Following Polly earned praise from The New York Times, Oprah Magazine, and her mother-in-law. Her second novel Perfect is Overrated was released in 2012.