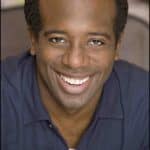 His first time on stage Wali Collins was convinced that he had bombed, but the manager paid him and asked him to come back every week as a featured act. Wali moved to New York City to work on a show for Comedy Central called “Stand-up Stand-up”. He hosted the largest, funniest, most varied collection of stand-up comedians in the world.

Nominated three years in a row as “College Campus Entertainer of the Year,” Wali is also sought after for corporate events. One of Wali’s greatest achievements was hosting an event for First Lady Michelle Obama. Collins’ television stand-up credits include NBC, CBS, FOX, HBO, ABC’s “The View”, Comedy Central’s “Tough Crowd” and Commentary on VH1. David Letterman caught Wali’s act and recruited him to warm-up for his show. Later that season Wali performed his stand up on the “Late Show with David Letterman”. In the words of Robert Klein, “Wali Collins is versatile, smart and very, very funny.” 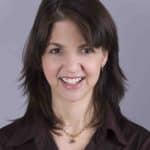 Karen Bergreen, a regular on the New York City stand up scene, has made several appearances on The Jim Gaffigan Show as well as performing on The View, Comedy Central, Nick Mom, the Oxygen Network, The Joy Behar Show, and Law & Order. Karen has written two comic novels, Following Polly and Perfect is Overrated, which have earned praise from The New York Times, Oprah Magazine, and her mother-in-law. She currently produces and stars in the Ruthless Comedy Hour, a monthly live comic variety show in New York City. She is also the co-host of Shut Up Mommy’s Talking, a a parenting podcast for people who don’t want advice.